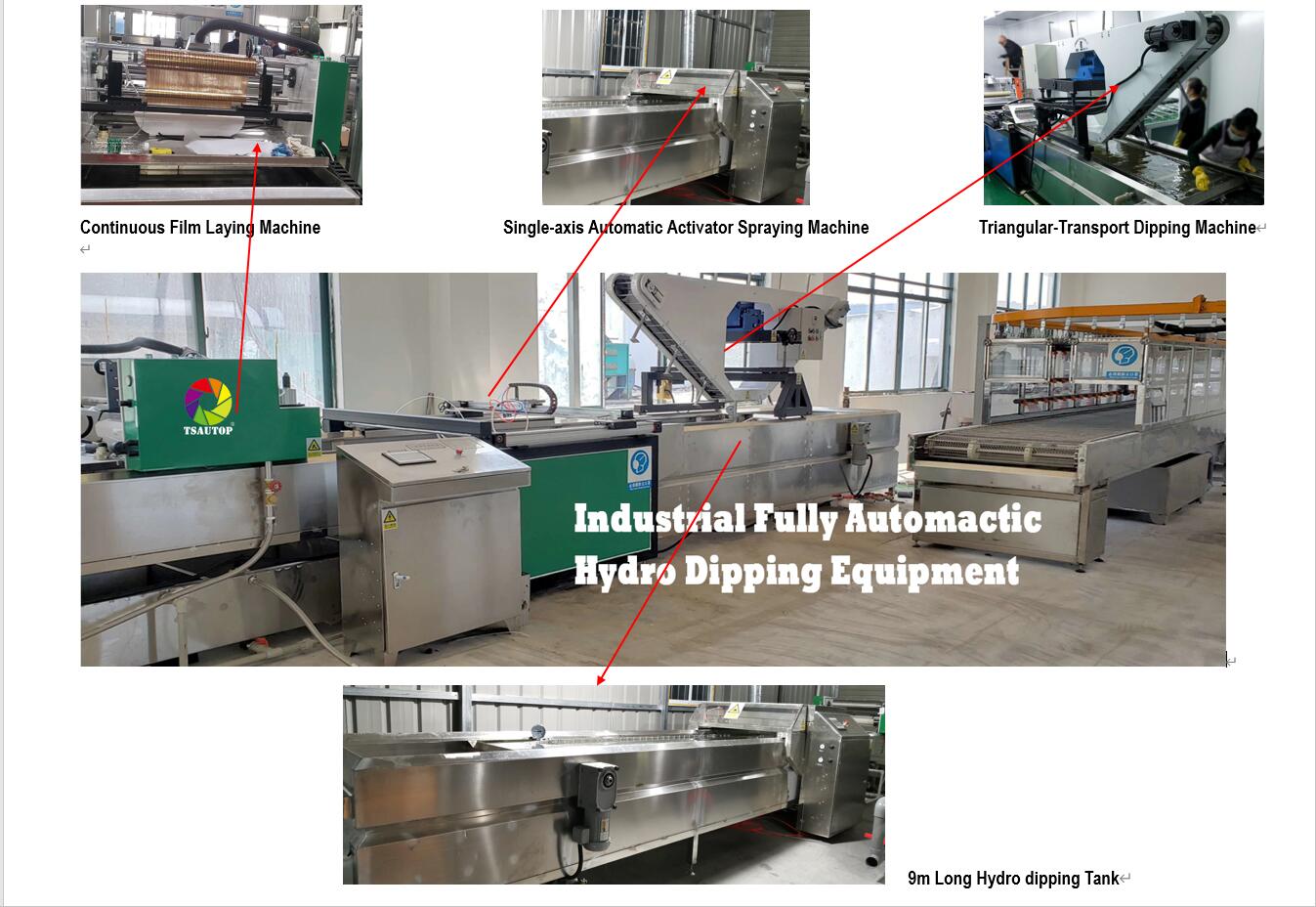 2) Manual loading on the tripod: the parts on the jigs are transferred to the transfer room through belt line transmission, which is equipped with an automatic electrostatic dust removal device;

3) Film Flowing: The flow film is equipped with an electrostatic dust removal device to reduce the amount of residual static electricity on the surface of the film; the head can move back and forth in the chute to facilitate the adjustment of the soaking time of the film;

4) The method of transporting the film in the tank: the roller adds water to drive the film;

5) Water circulation in the water tank: a small cycle in the water tank, the membrane residue is filtered through six times of filtration, and the filtered water is circulated to the tail for heating, and the water flow is used to ensure the stability of the water temperature and reduce the production of wastewater;

6) Spraying activator: The activator is sprayed by a single-axis reciprocating machine, and the sidewall of the tank is equipped with exhaust to reduce the concentration and odor of VOCs in the operating area; the spray gun flow, fan shape, air pressure, atomization, etc. can be adjusted externally for easy operation;

8) The transfer chain spacing is 50-65cm, which is convenient to adjust the width;

9) The transfer adopts a tripod to automatically enter the water, and the water enters smoothly without shaking or shaking, ensuring that the lines are not deformed; 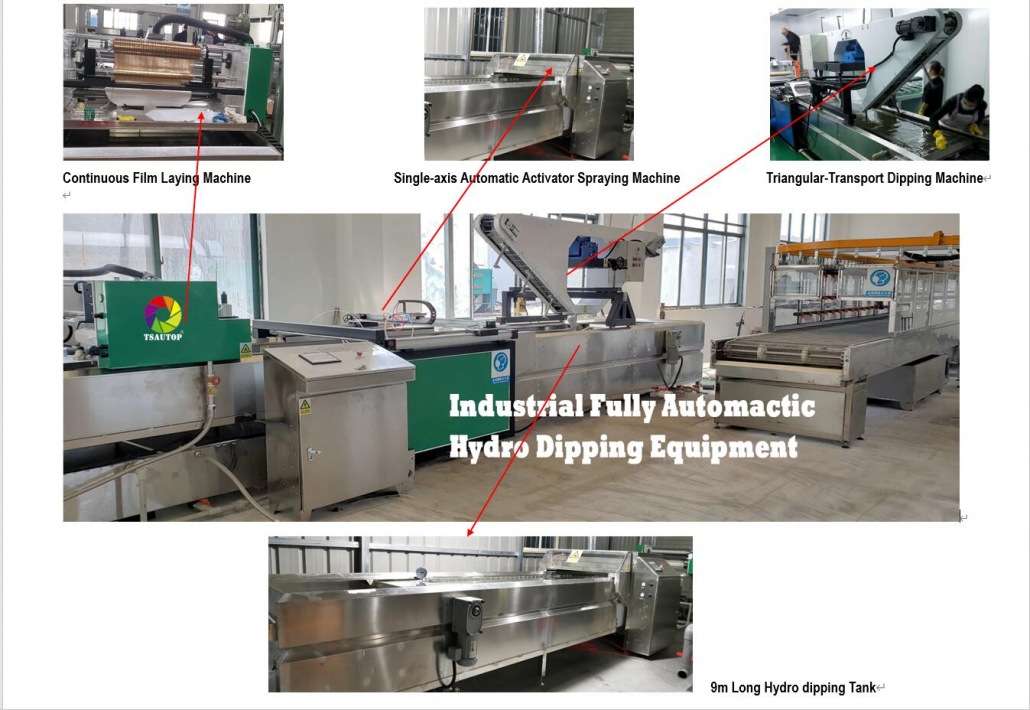