TSAUTOP can manufacture all kinds of hydrographic film. There are some types of public patterns and royalty patterns. The film width is 0.5m,1m,1.3m, the thickness is 30μm and 40μm.

As for how to print your own hydrographics film, you only need to send your designs at ai. file to us. My designer can make the patterns as your request in 24hours and make print plate in  7 days, you will get the hydrographics film sample in 2 weeks after your decision. 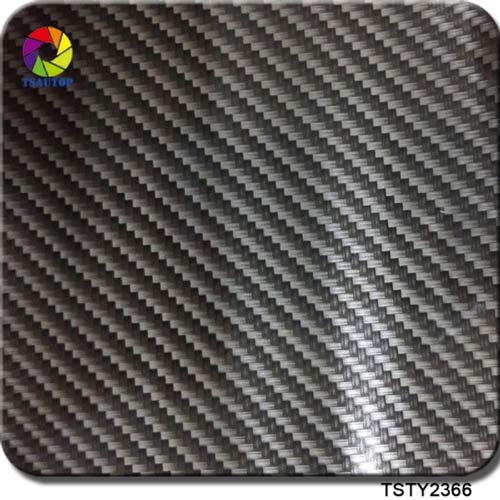 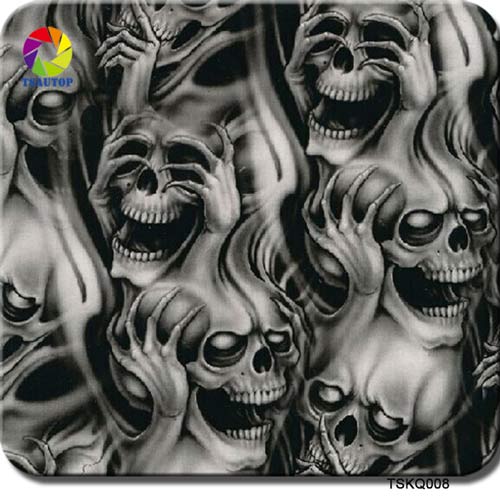 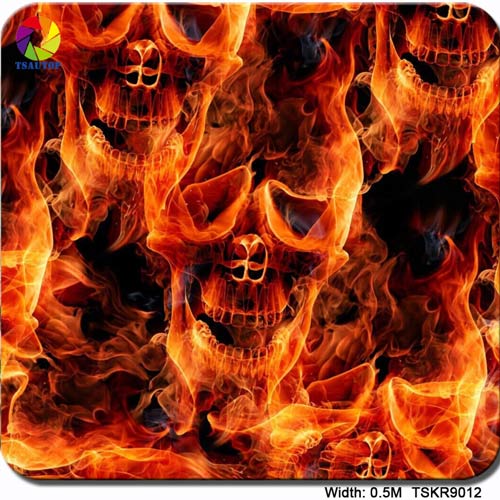 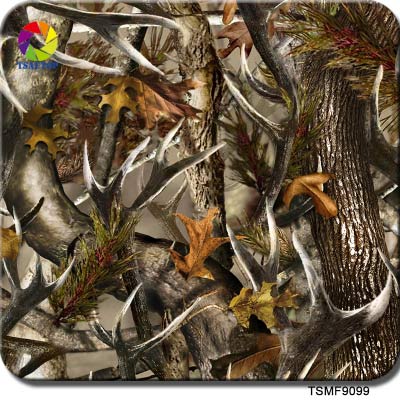 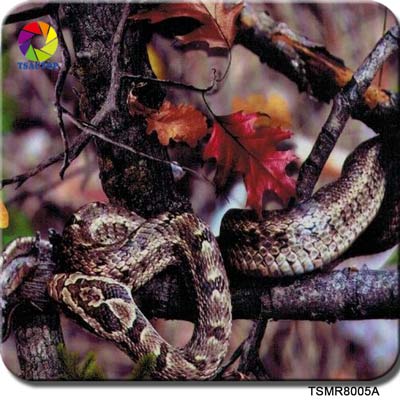 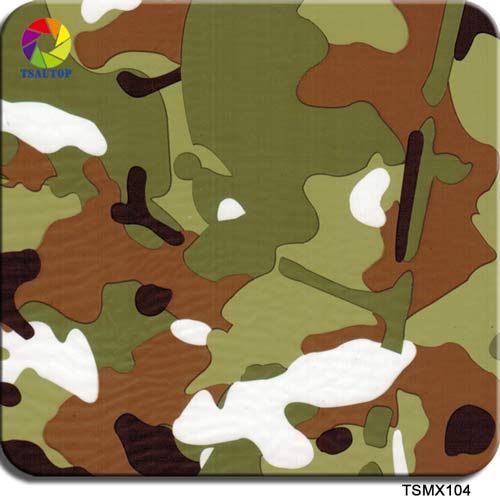 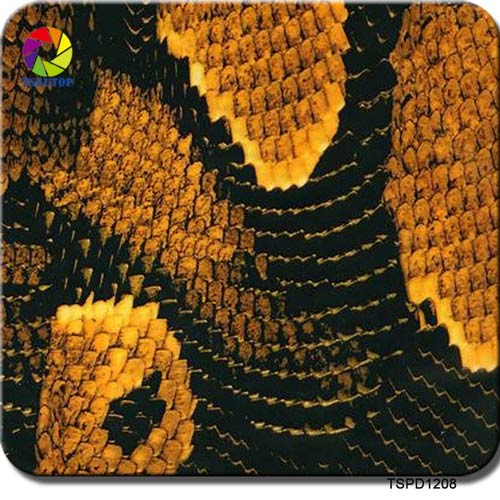 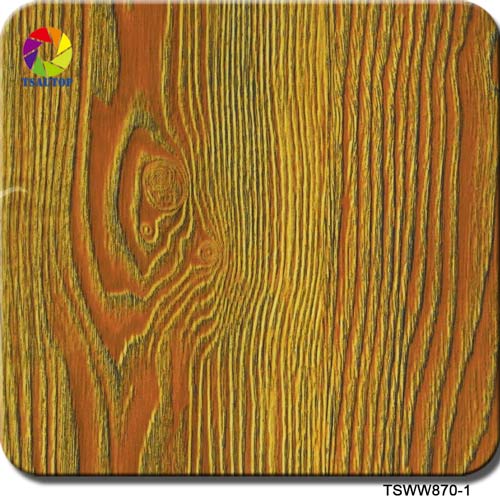 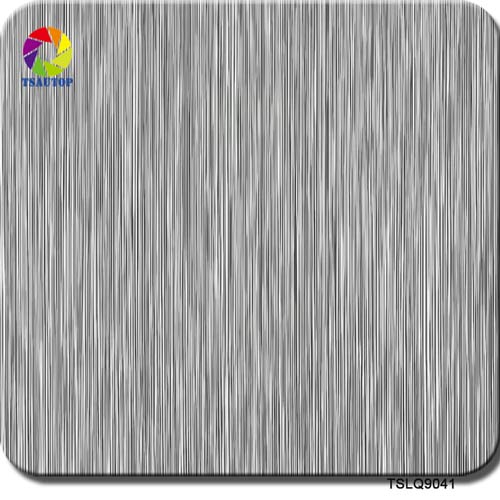 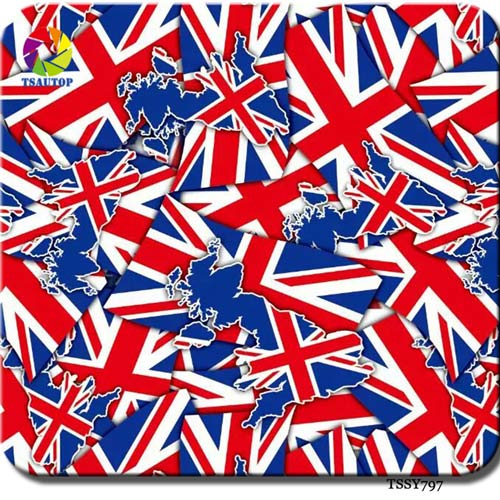 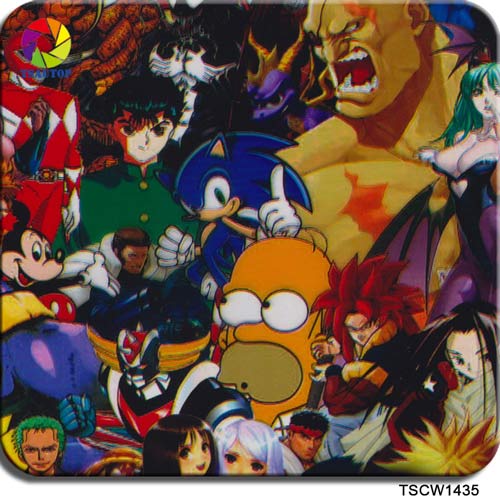 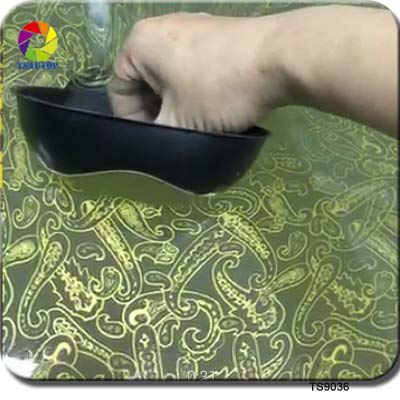 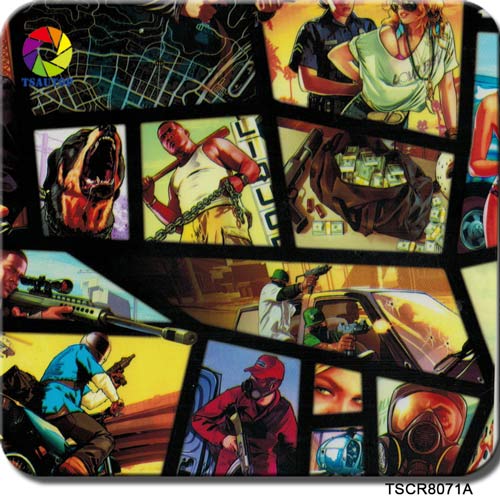 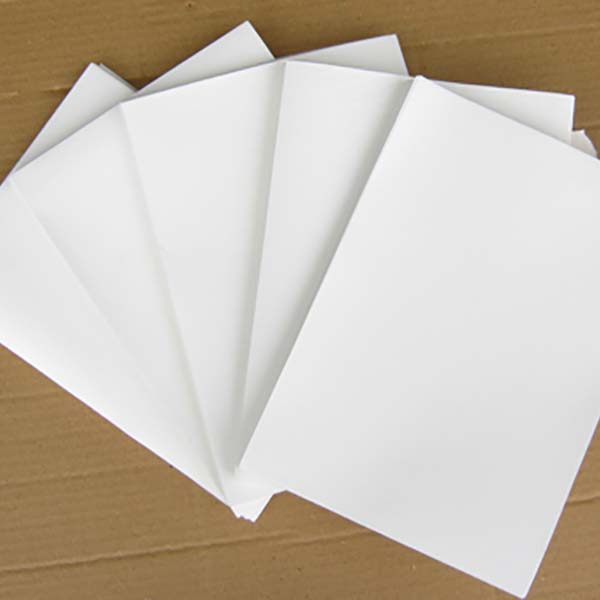 Ask for a Quick Quote

The hydrographic process can be used on metal, plastic (PVC, PP, PE, PET, ABS, ACRYLIC and so on), ceramics, fiberglass, glass, rubber, hardwoods.

The Hydrographics dipping process is extensively used to decorate items that range from entire all-terrain vehicles and car dashboards to small items like bike helmets or other automotive trim. The Hydrographic film can be applied to all types of substrates including plastic, fiberglass, wood, ceramics, and metal.

For the most part, if the item can be dipped in water and can be painted using traditional techniques then the hydro dipping process can be used.

After painting but before top coating, the part is ready to be processed. A (polyvinyl alcohol) PVA hydrographic film, which has been gravure-printed with the graphics image to be transferred, is carefully placed on the water’s surface in the hydro dipping tank.

The clear film is water-soluble and dissolves after spraying hydro dip activator. Once hydro dipping is begun, the surface tension of the water will allow the pattern to curve around any shape.

Any remaining residue is then rinsed off thoroughly by rinsing station or hydrographic rinse tank. The ink has already adhered and will not wash off. It is then allowed to dry.

Films can be applied to all types of substrates including plastic, fiberglass, hardwood, ceramics, and metal, rubber.

For most parts, if the item can be dipped in water, the hydro dipping process can be used. 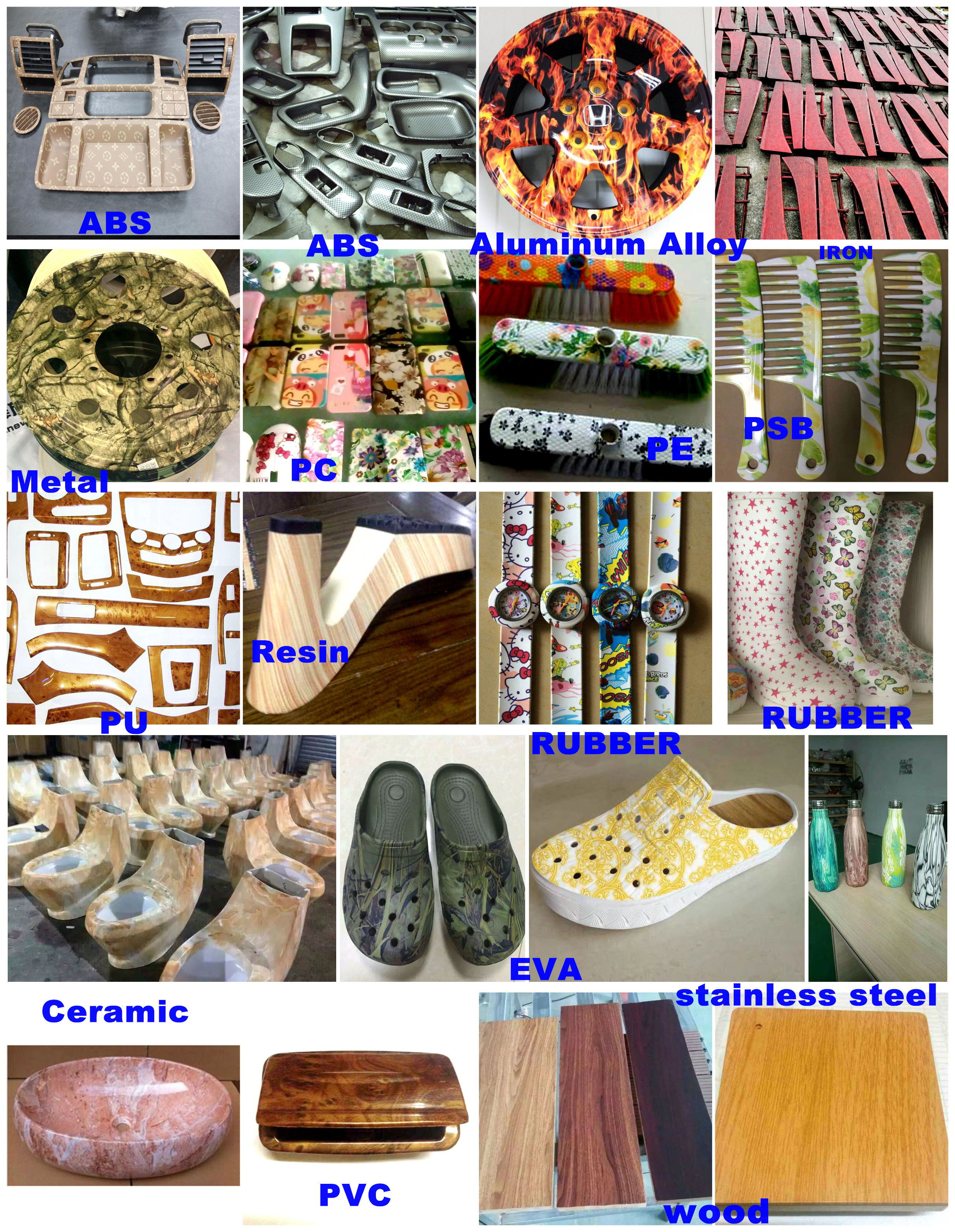 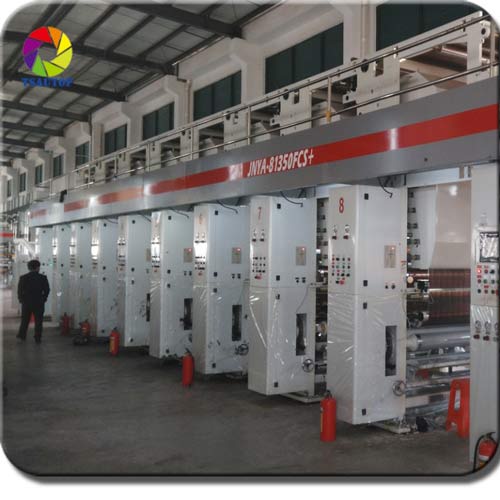 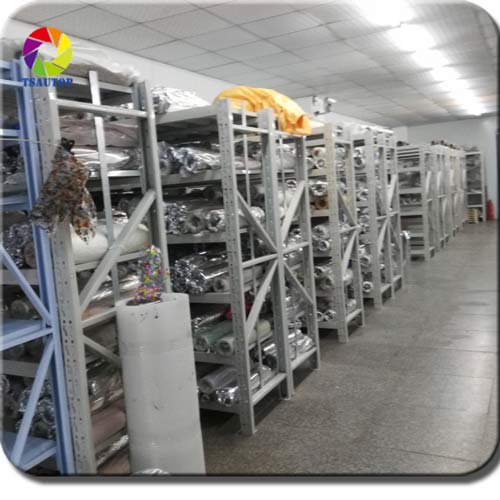 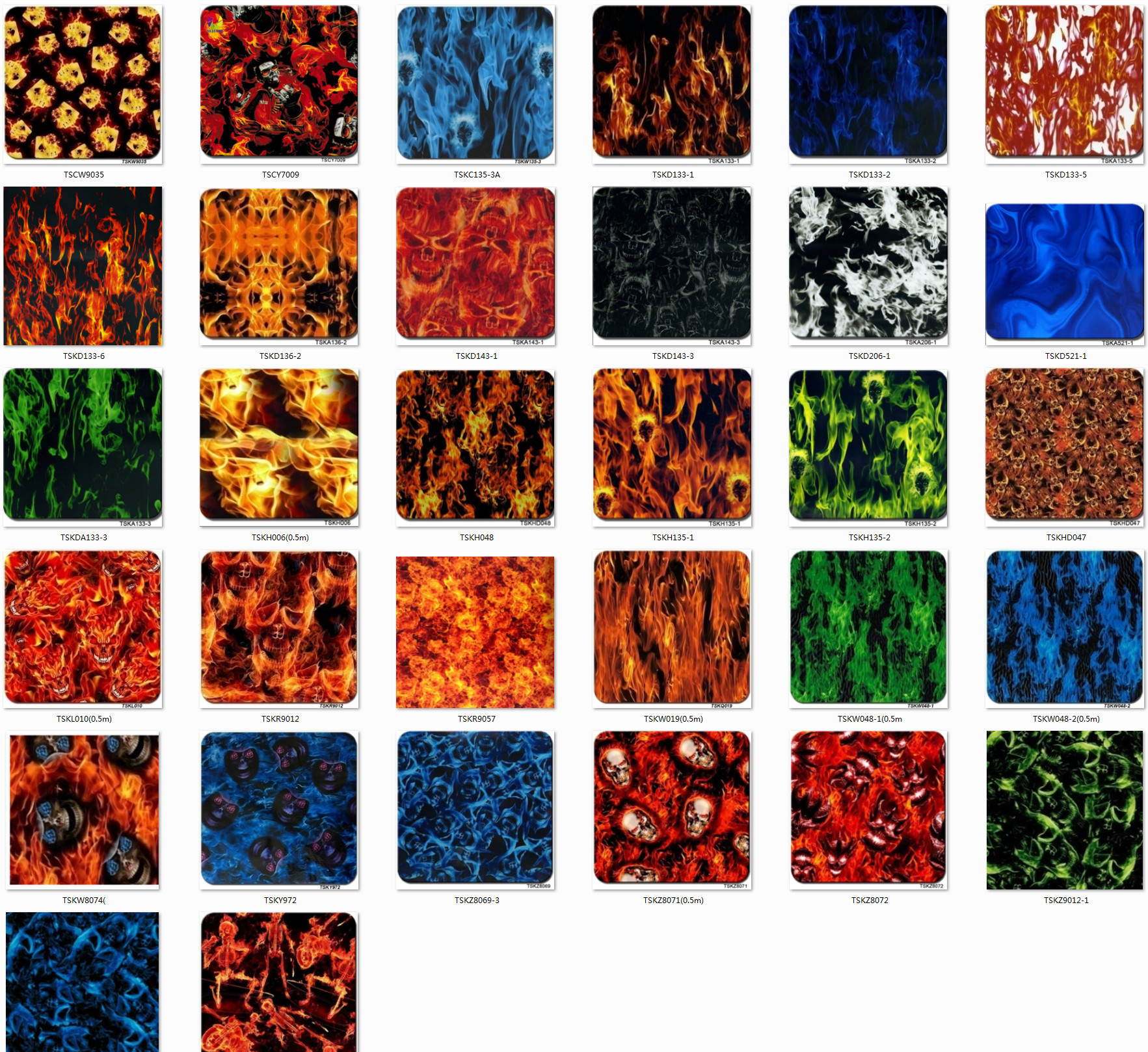 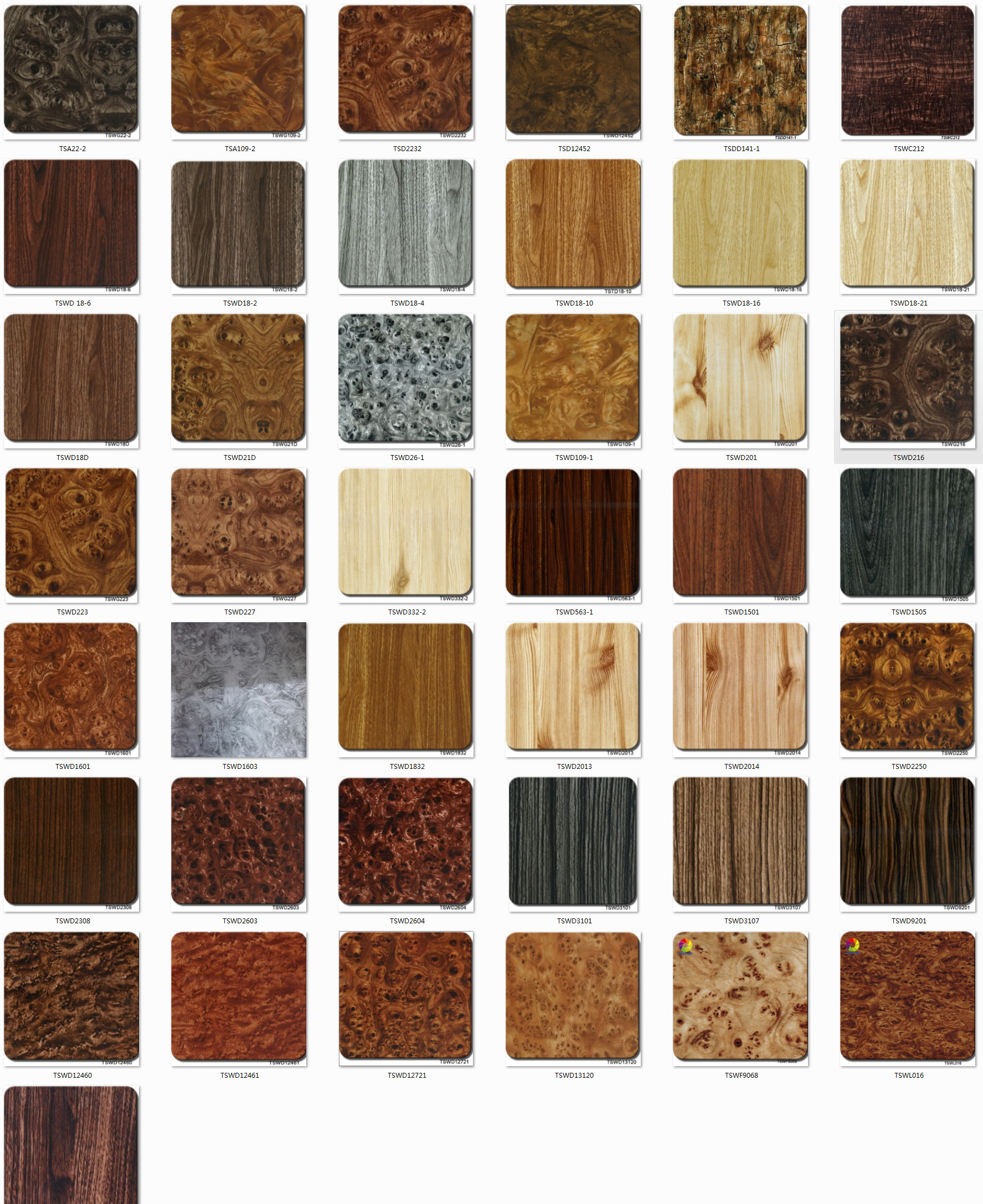 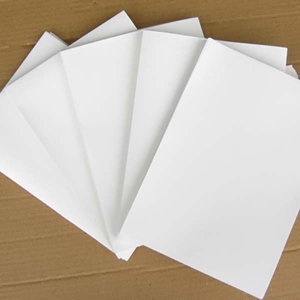 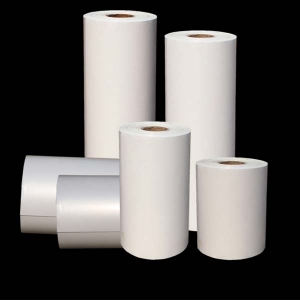 3. Timely Delivery: We will ship the order after payment in 2-3 days

5. 20,000+ hydro dipping patterns,30 new hydro dip designs per month. The most popular patterns are all in stock.

6. Royalty Popular Water Transfer Printing Film: We developed our own patterns, some patterns only available

7. Customization: We can also print your own hydrographic film in 7-10working days, please send us pictures in all format, this will be your own royalty pattern, we will never sell your pattern to any third parties.

If you need some authorized patterns of American brands, such as kryptek, muddy girl, real tree, true timber camo, you can contact TWN industries and dippros.com. If so, you can do hydro dipping without copyright risk.

As we know, the hydrographics film has many types, so the activator is not changeless.

We can guide all customers to compound hydrographic activator. The adhesion is a result of the chemical components of the activator softening the base coat layer and allowing the ink to form a bond with it.

One of the most common causes of a failure to achieve adhesion between the two layers is a poorly applied activator. This can be either too much activator being applied or too little.

Quality activator is one of the most important elements in producing high quality, professional hydrographic printing.

So hydrographics is a magic printing technology that is applied for customized design, personalized products, car tuning and styling, furniture decal, cosmetic packing, building material, shoes, fashion articles, and so on.

Hydrographics has more and more reference fields, so it has broad market prospects. TSAUTOP hydrographics will support you to make more money from hydro dipping business.