Tsautop Commerical automatic hydro dipping production line is also named automatic flowing film machine, with automatically flow film part and automatically spraying activator part, and the film is always flowing on the water, through the activator spraying and arrive at the end of the machine,  you can put down the baffle on the transfer film to fenced up part of the hydrographic film, then dip the product one by one, no need to do other steps of water transfer printing, and customized baffle picking and downing function is also available if you need.

The hydrographic dipping production line is suitable for commercial hydro dipping business factories, covering many automatically hydro dipping functions in of water transfer printing process, help you manufacture big production of dipped shoes, cups, or others in a short time.

TSAUTOP Automatic Hydro Dipping Equipment is an efficect hydro dipping machine with a continuous film-flowing system and activated spraying system, an automated heating system, it can reach the 8-12m length and 0.8-1.3m width can suit for bulk production or big factory. 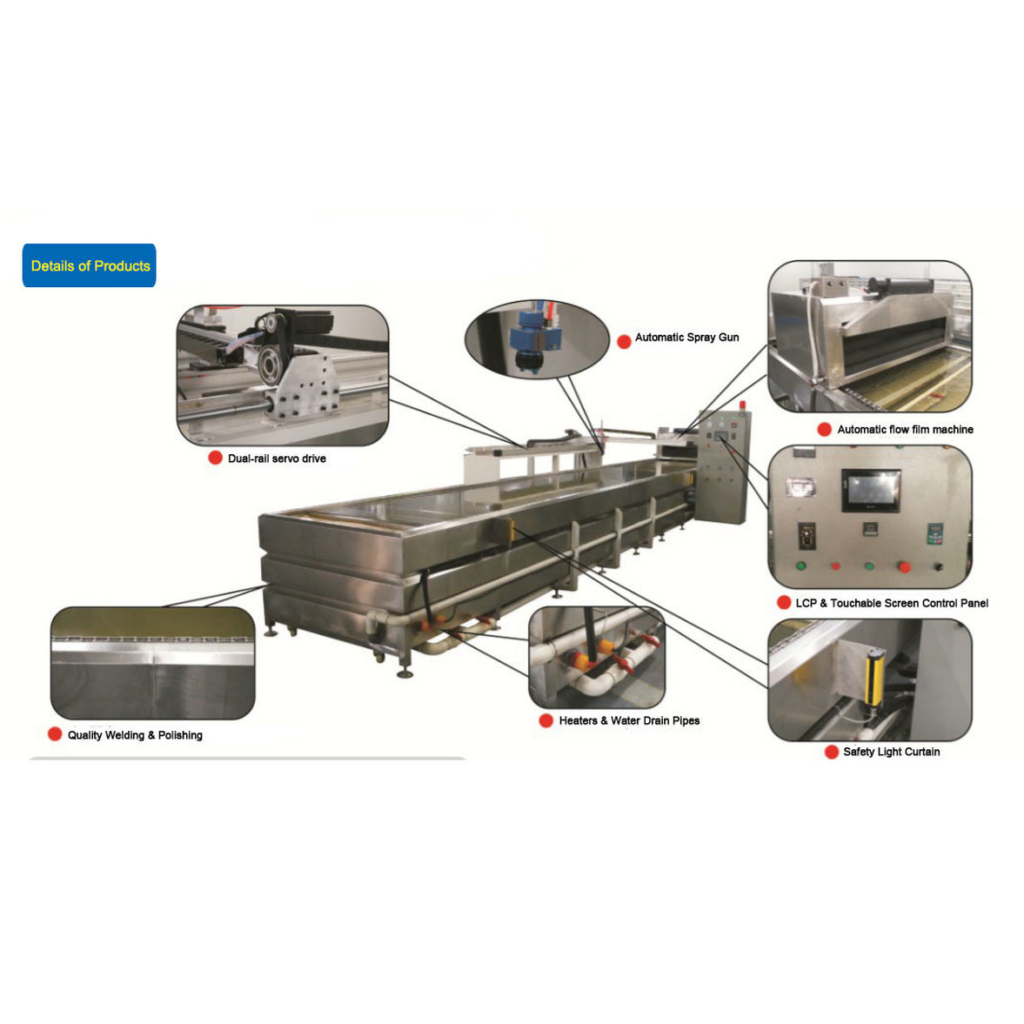